i know, i know, you’re probably super annoyed and thinking that i’m super bad at this updating weekly thing, but i promise you i have a good, understandable (hopefully), reason as to why, i already haven’t been posting much.

the last time i posted on here was February 21st. i was excited looking into the upcoming week as it was gonna be full of short or no days of school, the Blake Shelton concert, Winter Dinner, and i was planning on writing a big ole update about State Cheerleading and my fun, fun time out in Western Nebraska, the weekend before.

Monday, i woke up with a terrible migraine and ended up staying home for the day, but i still wasn’t going to let that get me down.  Tuesday, i woke up without the migraine, got dressed and headed to school normally, and with an absolute positive attitude that no one could ruin because of my much awaited plans further on. Late into the morning of Tuesday, the 23rd, i had talked on the phone with my sister, who informed me that one of our very close family members, may have been killed, but there was only, very little information at the time, and we didn’t know for sure. i finished my last class period for the day, was dismissed at noon, and went on with my afternoon plans, still hanging close to my family and of course, my phone. as the day went on, more and more information came along, and the horrifying reality came true, that we did,indeed, lose a loved one that day.

death is such an extremely, extremely, difficult and painful thing and until you have experienced it, even if it’s just a glimpse, i don’t think you can truly understand or put into words what it is really like. death can really make and break a person. i say and, instead of or, because i truly believe that it does both. a lot of the time, when someone loses someone they love, we only see the parts when they are broken. when they are lost and grieving. when they are in pain and struggling. and that is okay. but i think it takes a little more than just your quick glance, to see how that persons heals, and grows, and copes with the death. how death makes that person or how much stronger they become after, one of the worst things life can throw at you. i think, too often we fail to applaud that person or give em a pat on the back or a hug, and say “you made it”. “you pushed through the difficulties and hardship, and you made it”. “everything is and will continue to be alright”.or perhaps tell them, “props to you”, or a simple, but meaningful, “i am proud of you”. i’m not saying that the “i’m sorry for your loss” or “i can’t imagine how you feel” comments aren’t comforting, but lately, I’ve found that sometimes, a gal just needs rather a bit of encouragement, something positive to give her the strength to keep moving on and work towards the healing part of things. with that being said, thank you to those of you who have recognized the pain and brokenness and brought comfort many different times. thank you for allowing the grieving process and having the patience to allow the large amount of time it takes. and also, thank you to those who have sent or shown encouragement. for pointing out even the smallest steps of progress and continue to give reminders of hope that lead towards the light at the end of the tunnel.

another part of coping with death is making sure to keep your life moving. not to just give up and quit. to realize and accept the fact, that life surely does go on. you don’t just forget about your loved one who has passed, but rather learn to live for them, remembering them always, and knowing that they will forever hold a special place in your heart, that no one else can ever fill.

i did continue on and attend all my previously planned events since then, and despite all the other chaos taking place, i have been able to have a good time and good moments at each and every one of them. you can read about em and also that State Cheerleading/ Western Neb Weekend post i never got to below.

February 19: State Cheerleading 🎀! this is our biggest competition of the season and the one that we spend most of the year preparing for. the event is held each year at the Heartland Event Center in Grand Island, Nebraska. Usually we compete on a Saturday, but this year they changed it up a bit, and it ended up that we would be set to preform around 10:15 ish that Friday, morning. since we get ready and travel there all together, we had to be to school at 5 AM sharp that morning. very, very early but we all made it 😉. we left Lincoln about 7:15 and made our way to GI, arriving about 9:30 or so. next, we got all checked in and waited to preform. soon enough, the time rolled around and next thing i knew, we were on the mat. our awards weren’t until 6:00 that night, so we just hung around the event center and went to lunch there in GI for most of the day. finally, awards rolled around and we ended up placing 3rd out of 15 other teams in our group and 1st in our division. check out all the major feels right there 😉

we got done with everything there and then instead of driving all the way back to Lincoln from Grand Island, and wasting gas only to turn around to come right back out West, my momma, Shaylee & I hit the road and headed to Kearney! as most of you probably know, those two towns are fairly close to one another, so the drive wasn’t long and we rolled a short while later. we checked into our hotel, then went to grab a late dinner.

a few months ago, when my momma and Shaylee were out there in Kearney as just the two of them, they ate at this delicious pizza place and could not obsessing over it, later on when they saw me. it turns out the same people who own that pizza place, also own a burger joint with the same type of venue, background and style, so the restaurants are kind of like twins in a way 😊. anyway, the burger place- Flippin Sweet Burger Joint, was just a little bit closer to where we were staying than the pizza place- The Flippin Sweet, so we ended up choosing dinner there for the night. not only is Flippin Sweet Burger Joint, THE cutest place you will eat, but THE BEST place you will catch a real, delicious burger. super cute pics below to help ya kinda feel their vibes and understand why im obsessed with it, a little more. 😜

the place is so cool. everything from the ceiling to the walls to the tables to the floor, is so different and unique and i love it. 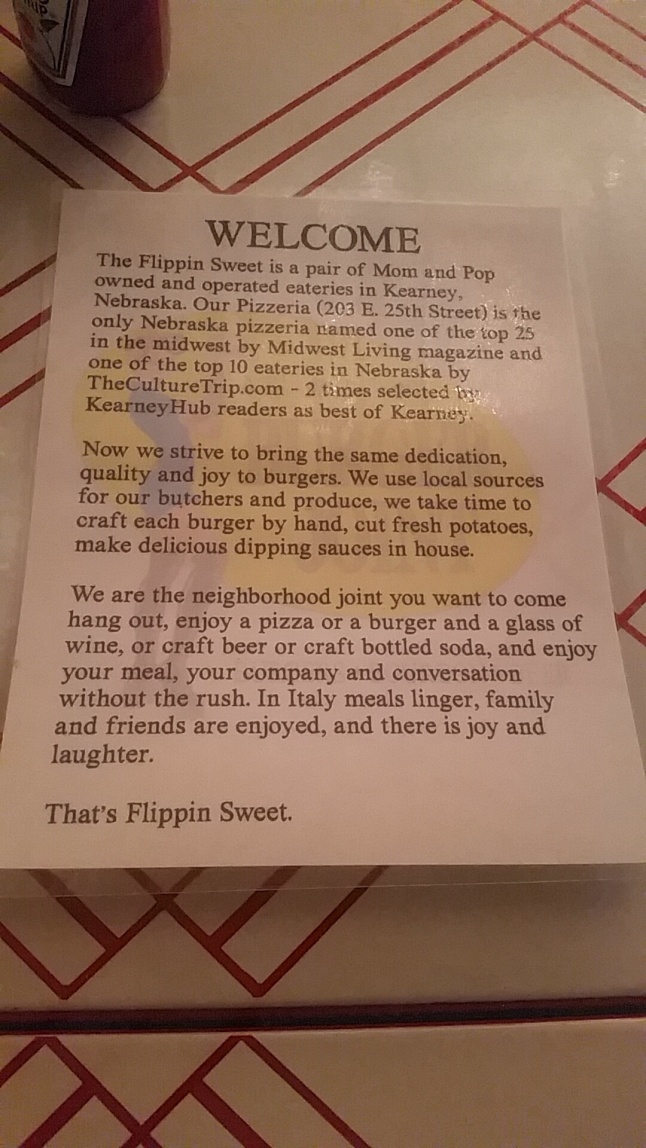 a little note, sharing more about ’em, left on each table!

even the containers for the yummy food are neat😊

another wall in there 🙂 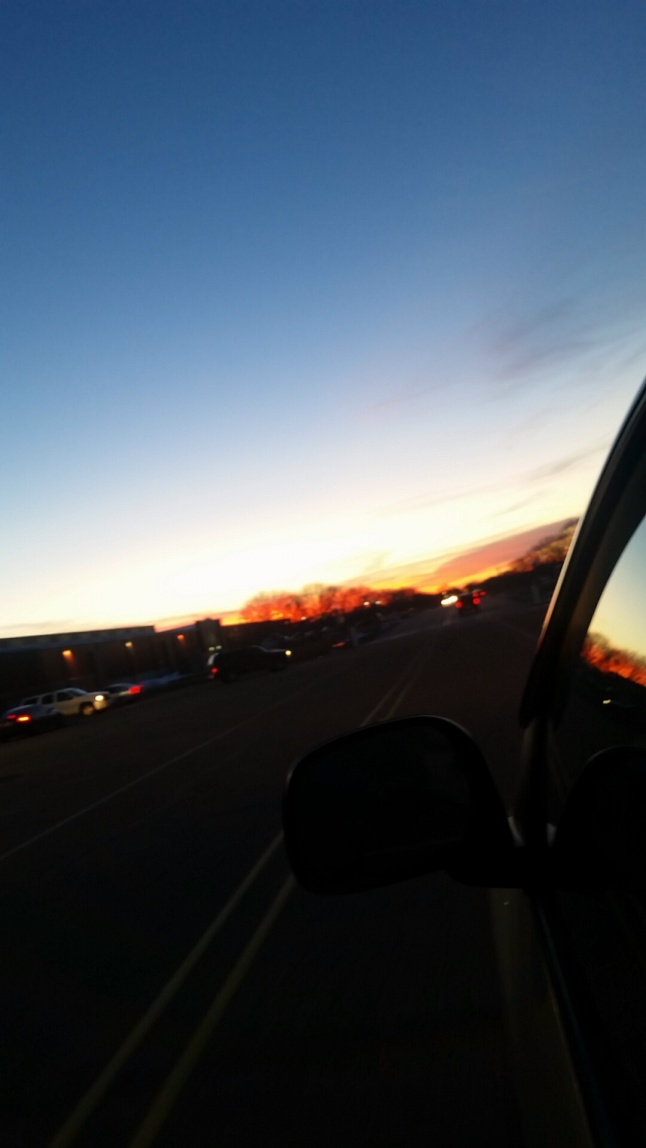 gorgeous sunset from that night, pulling out of the Event Center

February 20: one of the things we had planned to do while out there was look around for a Winter Dinner dress for me. I had gotten one the weekend before in Omaha, but there was this boutique i still wanted to check out, just in case they had something. this boutique was in Minden, Nebraska which is real close to Kearney, so that Saturday afternoon the three of us, made our way over there. the boutique is Hissy Fit Boutique a more country-style shop {which is totally up my ally 😁} and sure enough, i found the perfect dress, that really fit me and would be great for Win Din.

we drove back to Kearney, ran into a few other shops, and then ate a late lunch at, of course, Flippin Sweet Pizza 😋. when said earlier about this & the burger joint being twins- i really meant it. they have the same quality of cuteness vibes and venues, and amazing food. take a look:

side note- always get an order of ‘James Dean’ 👌, you won’t regret it

shay i at Flippin Sweet 🙂

one of my favorite parts about Flippin Sweet is inside their bathroom {lol i know}, they have unique, little quotes around the walls. i snapped a picture of a few: 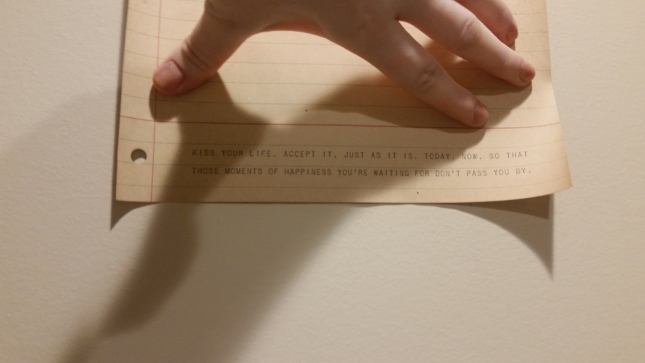 personally my favorite out of em all 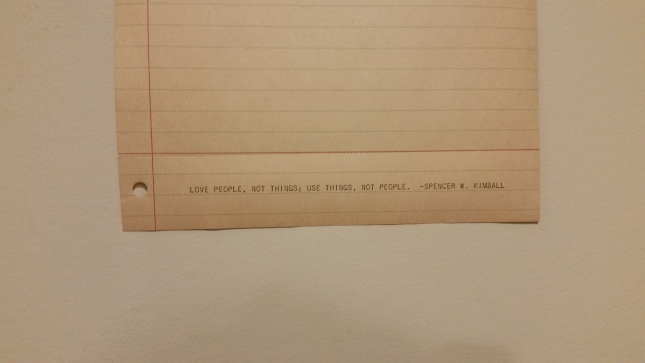 after we finished eating there, we found this adorable little coffee shop- Chapman Swift’s Coffee Shop and grabbed something to drink. another cute setting and good taste. 👍 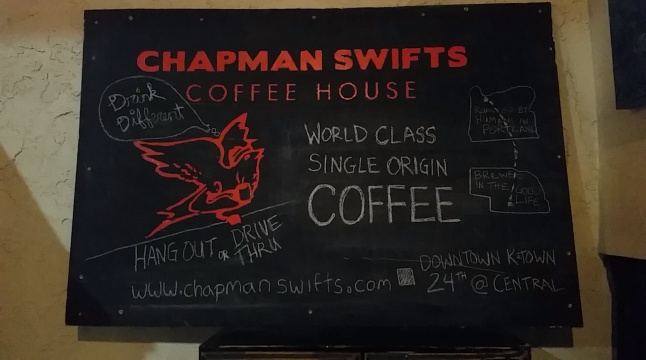 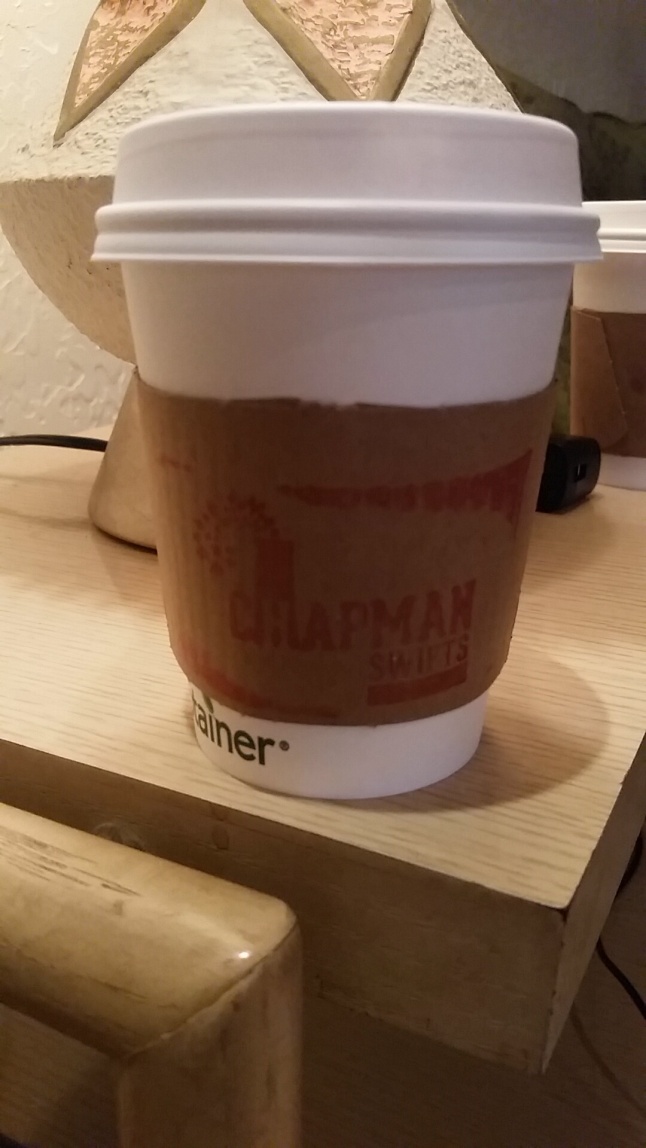 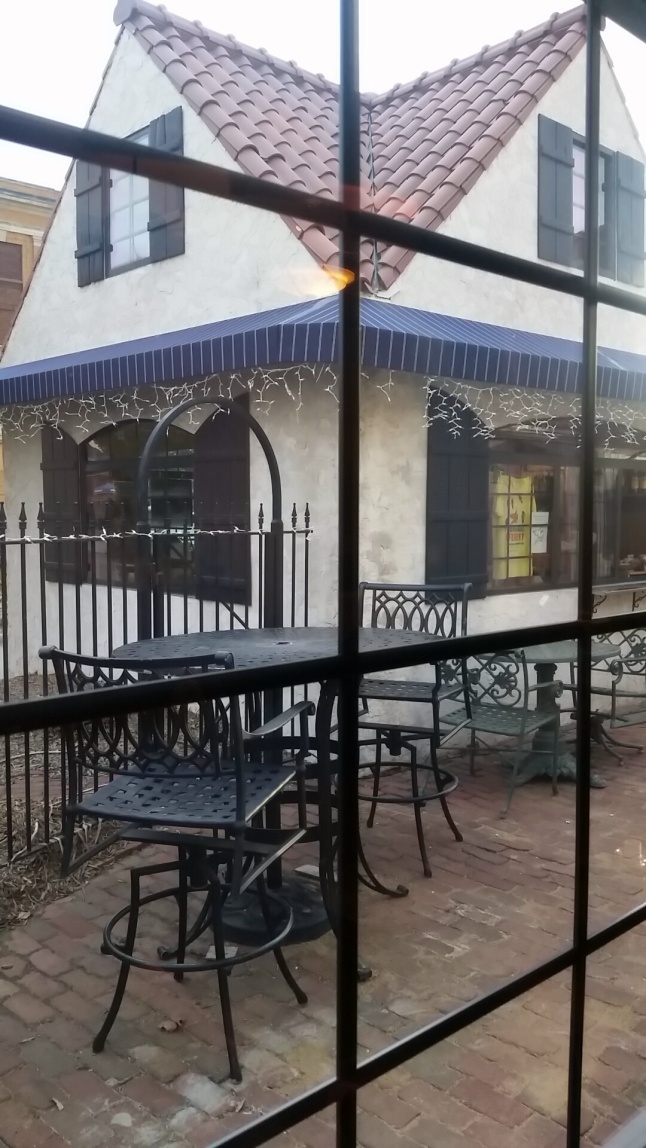 low quality photo but a little bit to show what the shop itself looks like, kinda like a cottage

February 25: Blake Shelton concert!! this month’s concert 😉 was at the Pinnacle Bank Arena. His opener was Chris Janson 👌. We were a little late due to some other things running over, but either way, Shaylee & I had a blast and would definitely go see Blake again in a heartbeat 😍.

February 26: Girls District Championship Basketball Game! 🏀🏀 this Friday, i had the day off, but we still cheered at game which was held at Centennial Highschool in Utica, Nebraska. we played Columbus Scotus and won! by winning, we punched our ticket to State and so everybody was beyond excited! 😁😁 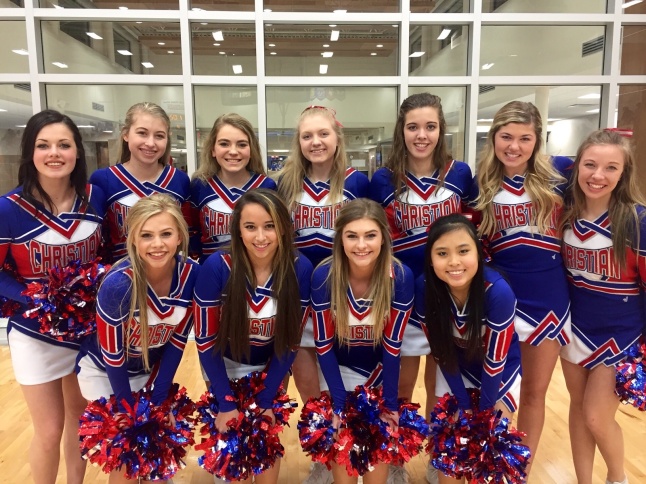 February 27: Winter Dinner!! this year the dinner was held at the Lincoln Country Club & the after- party was bowling at Sun Valley Lanes! the whole night was lots of fun and full of good memories 😊 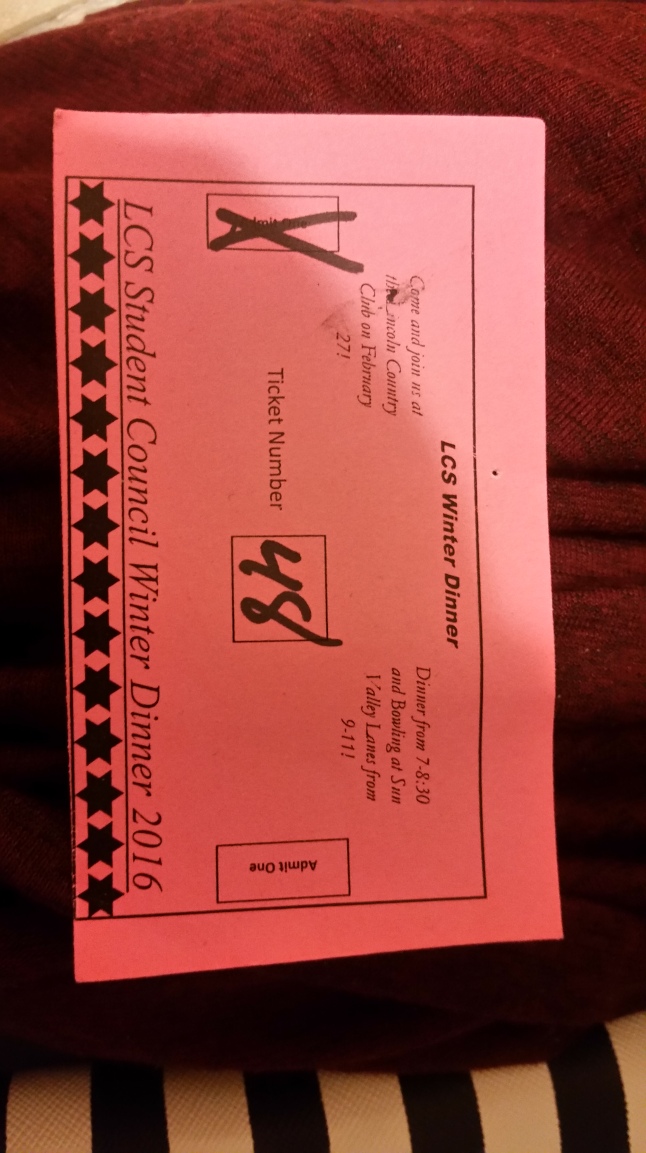 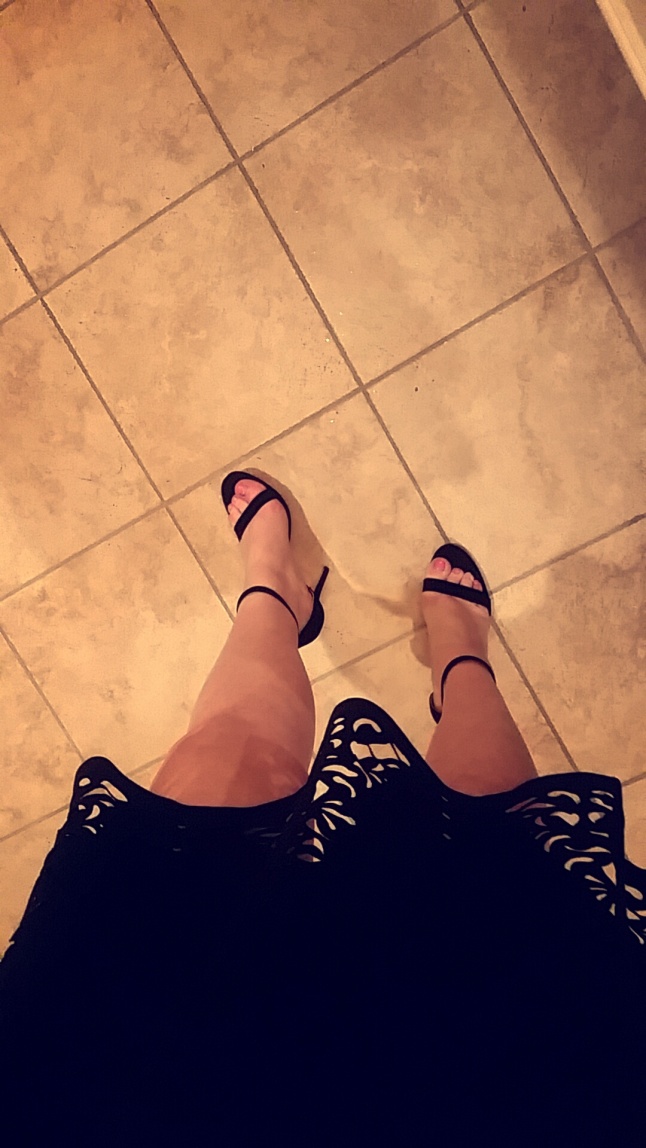 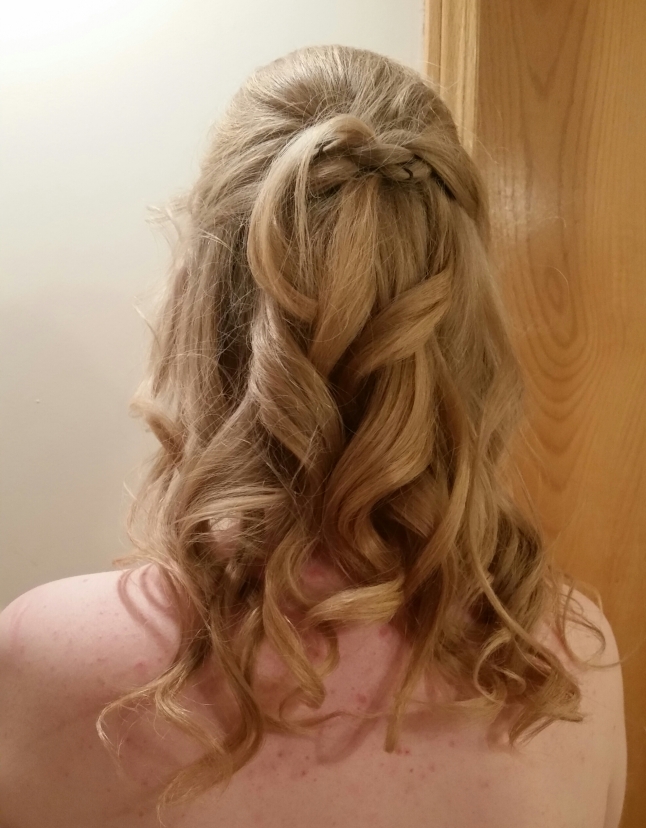 March 3: first round of Girls State Basketball! our first game was at the Bob Devaney Center against Mitchell. we won 67-27. 🔴🔵⚪

March 4: 2nd round of Girls State Basketball! 🏀 we played Pierce at PBA and beat them 53-44. this was a huge win for LCS because last year, we lost in the second round to Pierce and they have also won State 3 years in a row. 🔴🔵⚪ so proud of our girls to be able to come back on top of this one 💯 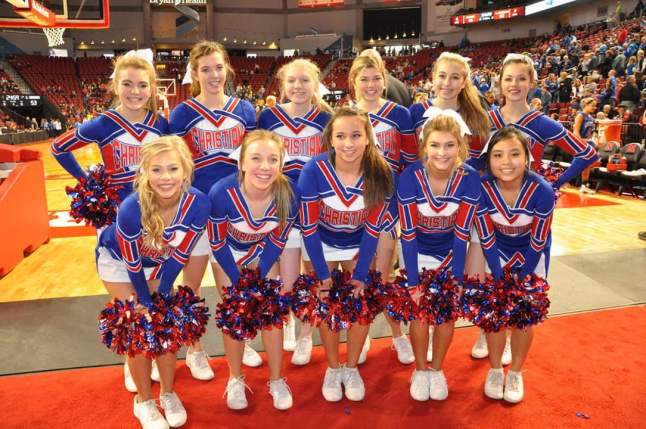 March 5: championship game/ 3rd and final round of Girls State Basketball. we played against Kearney Catholic and lost to them in the final seconds of the game, 39-37. it was a tough, tough loss, but we are so proud of our girls and how far they have come throughout the entire season! 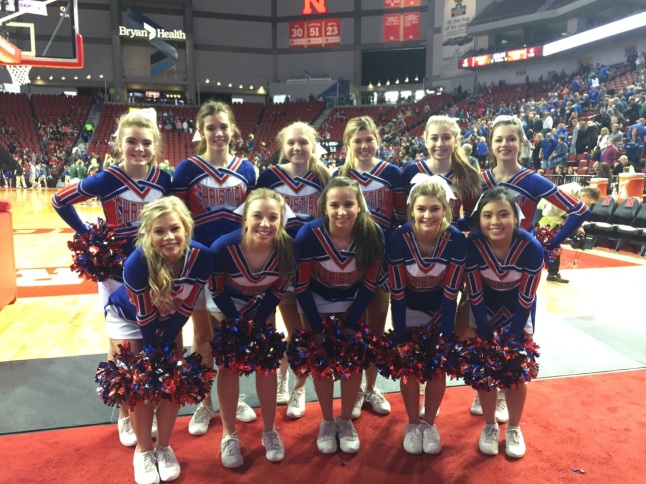 i shared the “worst” from this month in the beginning and some of the “best” at the end. thank you for being patient and understanding. and thanks for sticking with me through it all.❤

im looking forward to warmer Spring weather, the Carrie Underwood concert, Spring Break & my birthday all in this month! 🍀🌼🌻🌹🌸 until til next time,